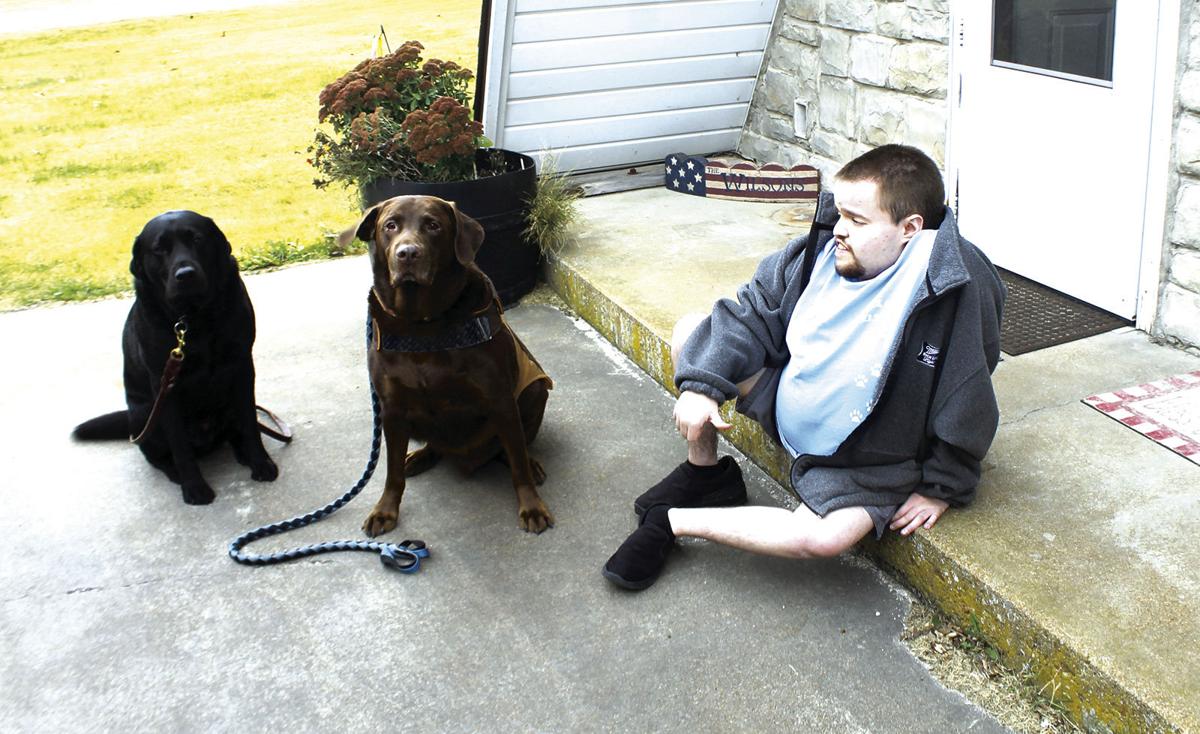 Mojo and Benjamin sit with former Erie student Logan WIlson. Wilson enjoyed working with Benjamin so much he got his own service dog, Mojo. 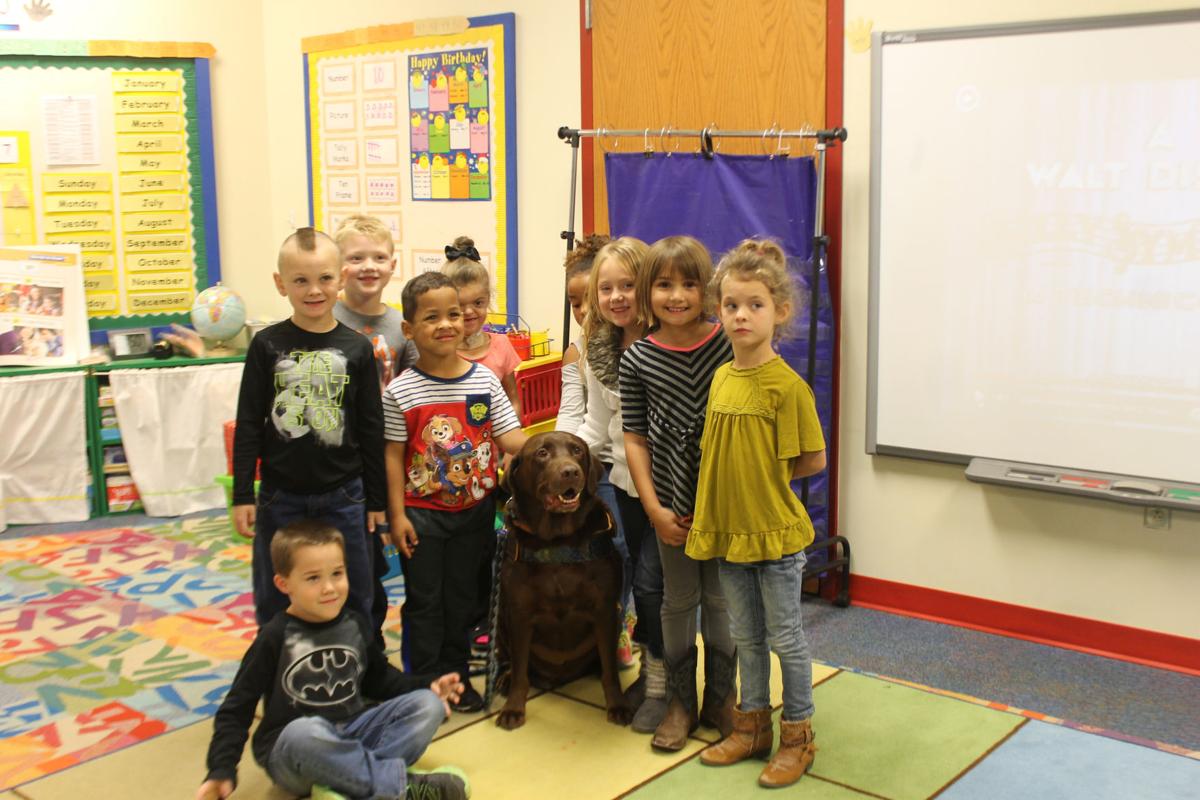 Mojo and Benjamin sit with former Erie student Logan WIlson. Wilson enjoyed working with Benjamin so much he got his own service dog, Mojo.

ERIE — Benjamin the therapy dog has been roaming the halls of Erie schools with district superintendent Steven Woolf.

Benjamin is not the first therapy dog in Erie. Woolf brought River, a therapy dog he had in previous school district, when he moved here. River passed away from cancer at the age of 12, and Woolf swore he’d never have a dog again. Two weeks later, he was in search of another dog.

Woolf decided he didn’t have time for a puppy, so he contacted a rescue group based in Tulsa called Oklahoma Lab Rescue. He described to them what type of dog he wanted, and the rescue group introduced him to Benjamin.

The dog went home with him that day.

Before being rescued, Benjamin had spent most of his life in a pen, so training to be a therapy dog was quite a transition.

Benjamin was trained by Canine Assistance Rehabilitation Education and Services, or CARES. CARES provides training for service dogs through programs with several detention facilities across the state of Kansas. For four months, Benjamin was in Ellsworth State Prison being trained by an inmate there. The program serves a dual purpose of training needed therapy dogs for the public, while the dogs also serve as therapy for the prisoners. Through the CARES program, the handler also has to attend a week of training.

Benjamin’s daily routine depends on students’ needs. He makes classroom visits as a reward. Teachers will have students read aloud to Benjamin to improve their confidence. He’s also a great way to calm upset students down.

“He changes the atmosphere of the room. You’ll have a kid that’s lonely, they’re immediately not lonely,” Woolf said. “You’ll have kids that are greatly upset, and a dog does the trick.”

Benjamin has influenced the proliferation of service dogs in Erie. One former student, Logan Wilson, now has his own service dog named Mojo that he received through the CARES program. Mojo helps Wilson walk with the use of a special harness. Elizabeth Cochran, business teacher at Erie High school, breeds labs and is training them to be therapy dogs.

Woolf’s mission is to have a dog wherever a dog is needed. He feels that a dog is an essential at this point.