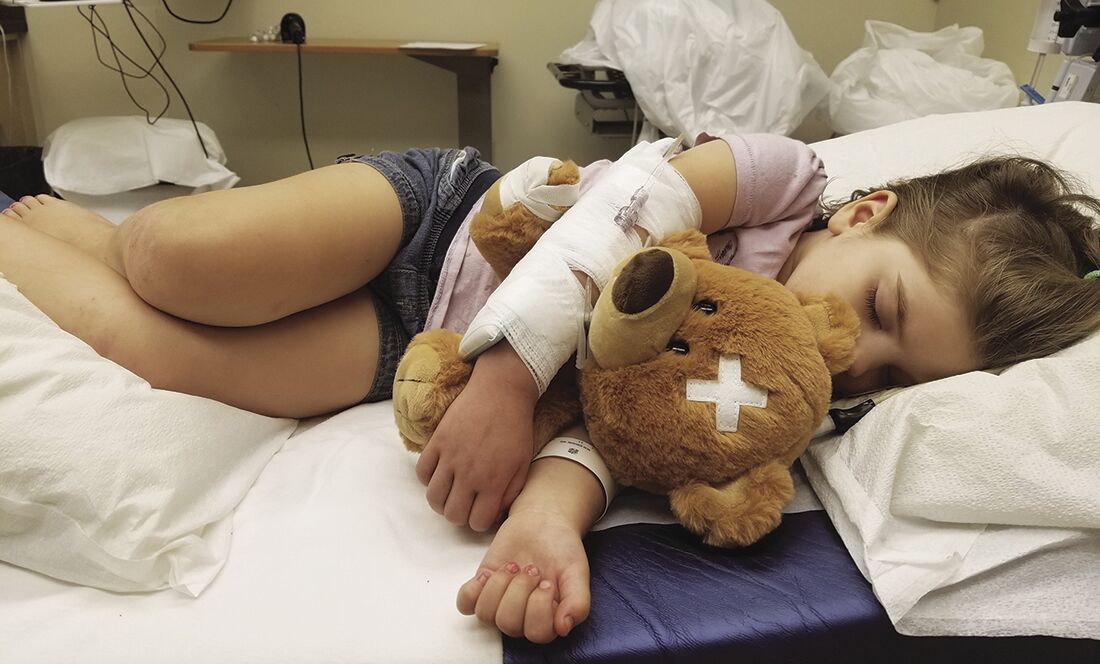 Bixby Hutchison was given a stuffed animal from hospital staff for comfort. 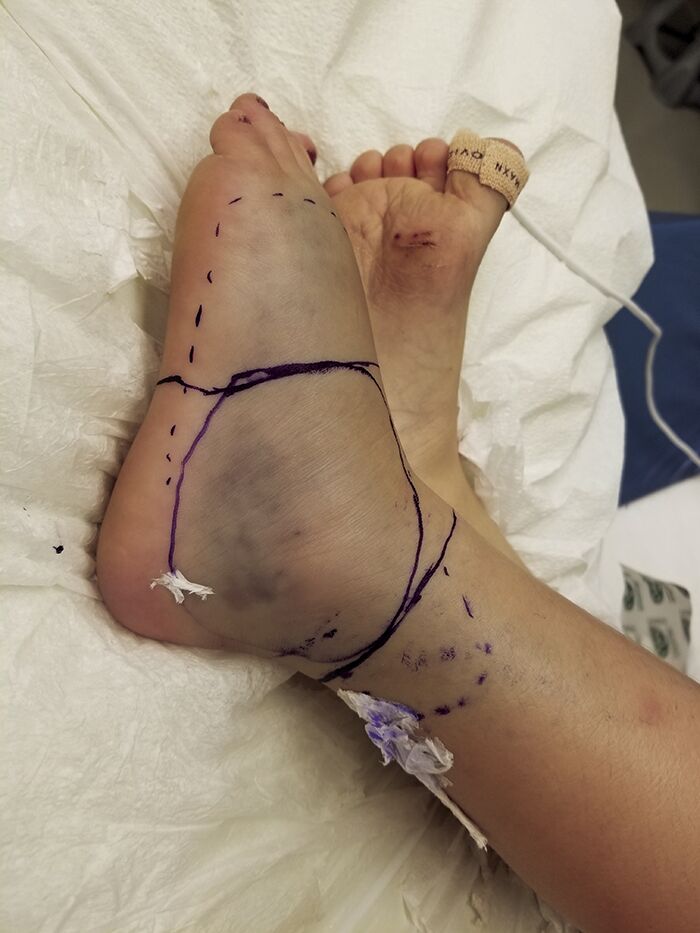 Bixby’s foot at NMRMC about 30 minutes after the bite. 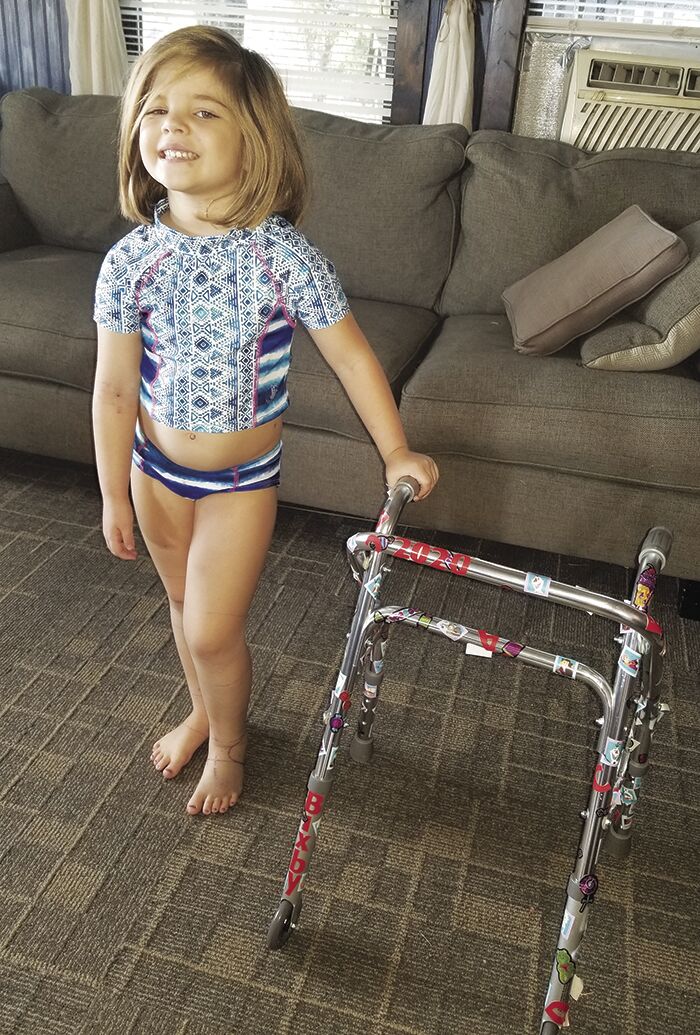 Bixby in her swimsuit ready to go exercise.

Bixby Hutchison was given a stuffed animal from hospital staff for comfort.

Bixby’s foot at NMRMC about 30 minutes after the bite.

Bixby in her swimsuit ready to go exercise.

STARK – Jeremy and Sara Hutchison’s family has made numerous trips to Chanute from their rural Stark home. But last Saturday night’s drive to the Neosho Memorial Regional Medical Center’s emergency room felt like the longest.

While the family was enjoying the evening in the yard just before dusk, four-year-old daughter Bixby crumpled to the ground.

“I immediately knew she had been bit,” said her mother, who said her daughter was “crawling and scrambling” to get to her.

“We were ready to go in for the night. The kids were playing tag and running through the yard and she went down.”

Sara saw the blood from two bites — Bixby was stricken by a Massasauga rattlesnake.

The adult snake was about two feet long and had seven or eight rattles.

Sara said they were “really lucky” because an adult snake can control the amount of venom it emits.

“We are all for sharing Bixby’s terrifying ordeal if it can help to raise awareness,” she said. “This was only the second rattlesnake my husband has seen in this area in his 38 years.”

Jeremy killed the snake, then it was a trip to the ER.

They didn’t stay in Chanute long, arriving at Children’s Mercy in Kansas City at 1:30 am.

Because Bixby is so small, it took physics and science from the toxicologist to come up with the right dose of anti-venom.

Then she had a reaction to the medicine and they switched to pain medicine.

GOP senator: We'll have a peaceful transfer in January 2025

The hospital stay was a few days and Bixby’s swelling had gone down and the pain was controlled.

The doctors wanted to fit her with an orthopedic boot, but she wouldn’t go for it.

“She just wanted to get up and go,” her mother said,

They gave her a walker and told her to keep her foot elevated.

“She was soon walking without a walker. It was a surprise to the doctors and to us,” Sara said. “She is so much better than everybody expected. She’s exercising in the pool and healing nicely. It’s helping with the bruising and swelling.”

The family is appreciative for the NMRMC doctors, nurses and staff for working so quickly to start treating Bixby and “Travis and Larry” for safe transportation to Children’s Mercy.

“We appreciate all of the outpouring of thoughts, prayers, and well wishes for Bixby,” Sara said.

And for the snake.

“Jeremy will make her a head band for the future.”