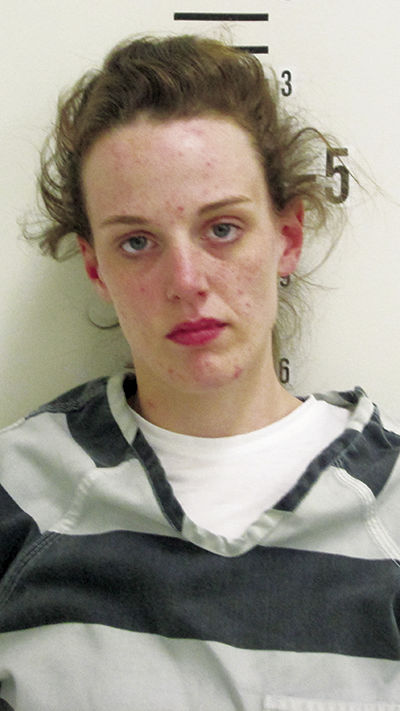 The Chanute Police Department arrested three suspects Monday after receiving a report of an individual in a residence where he shouldn’t have been.

CPD officers responded to the 900 block of south Malcolm for a report of an unwanted person in the residence. Upon arrival, one of the tenants mentioned that the unwanted person, later identified as Gage Matlock, 20, Chanute, had a firearm.

Officers observed Matlock emerging from the back of the house and running back inside. Officers made entry into the residence and arrested Matlock for possession of methamphetamine, possession of mushrooms, possession of marijuana, all three charges with intent to sell, felon in possession of a firearm, and possession of drug paraphernalia. While inside the re sidence dealing with the situation, officers gathered information and after obtaining a search warrant, a K9 officer assisted and police recovered items associated with drugs, paraphernalia, guns and currency.

Matlock and Wilson both face felony charges of distributing or possession of methamphetamine, tetrahydrocannabinol and psilocybin with intent to distribute, felon in possession of a firearm and felony drug paraphernalia. The charges carry penalties of up to 51 months in prison with a fine of up to $300,000.

Bond was set at $50,000 for Matlock, $20,000 for Wilson and $2,500 for Guerrero with an ICE hold with no bond. Matlock’s bond information included Neosho County warrants X3-Violation of  Terms and Conditions — No Bond.