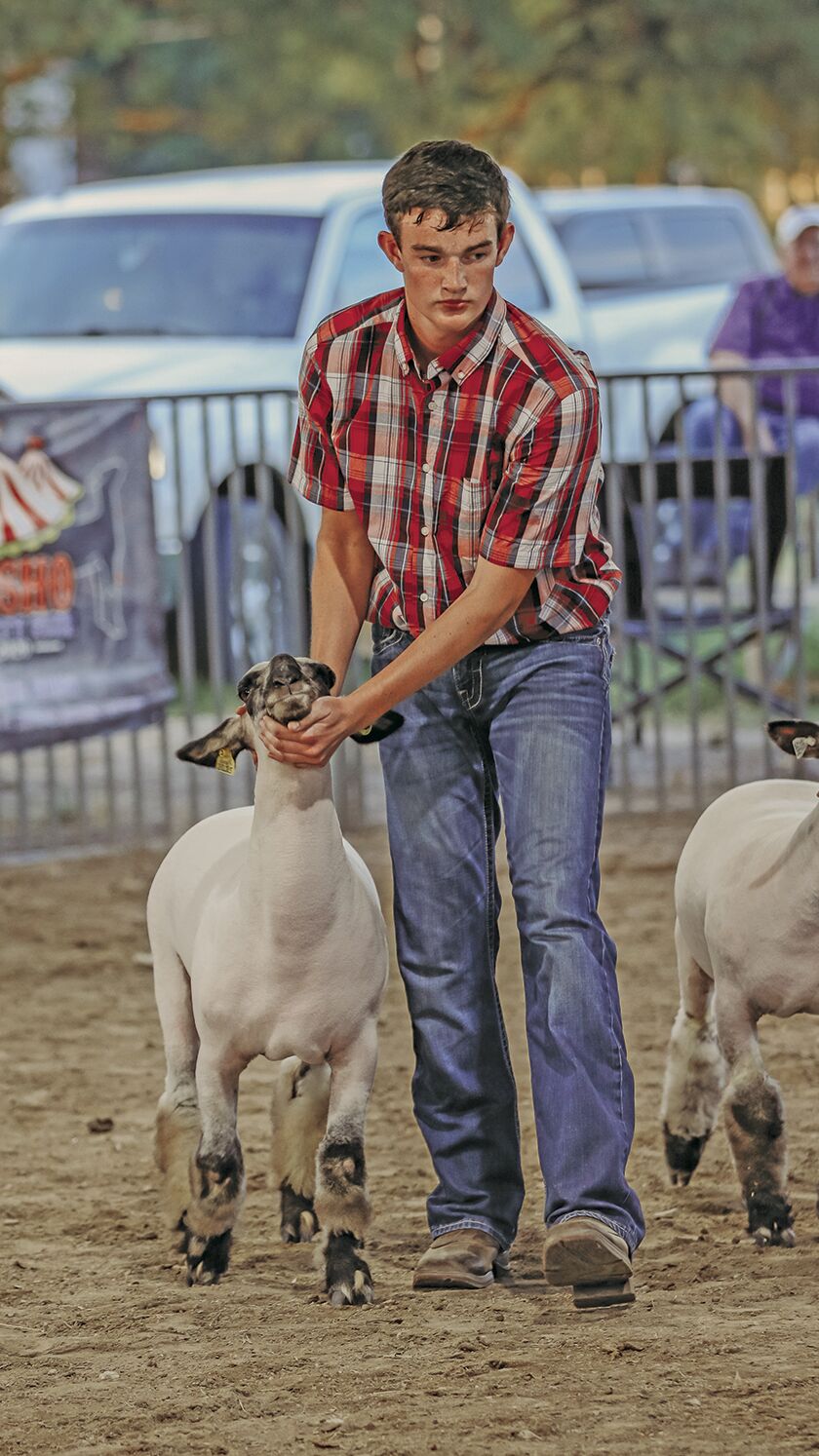 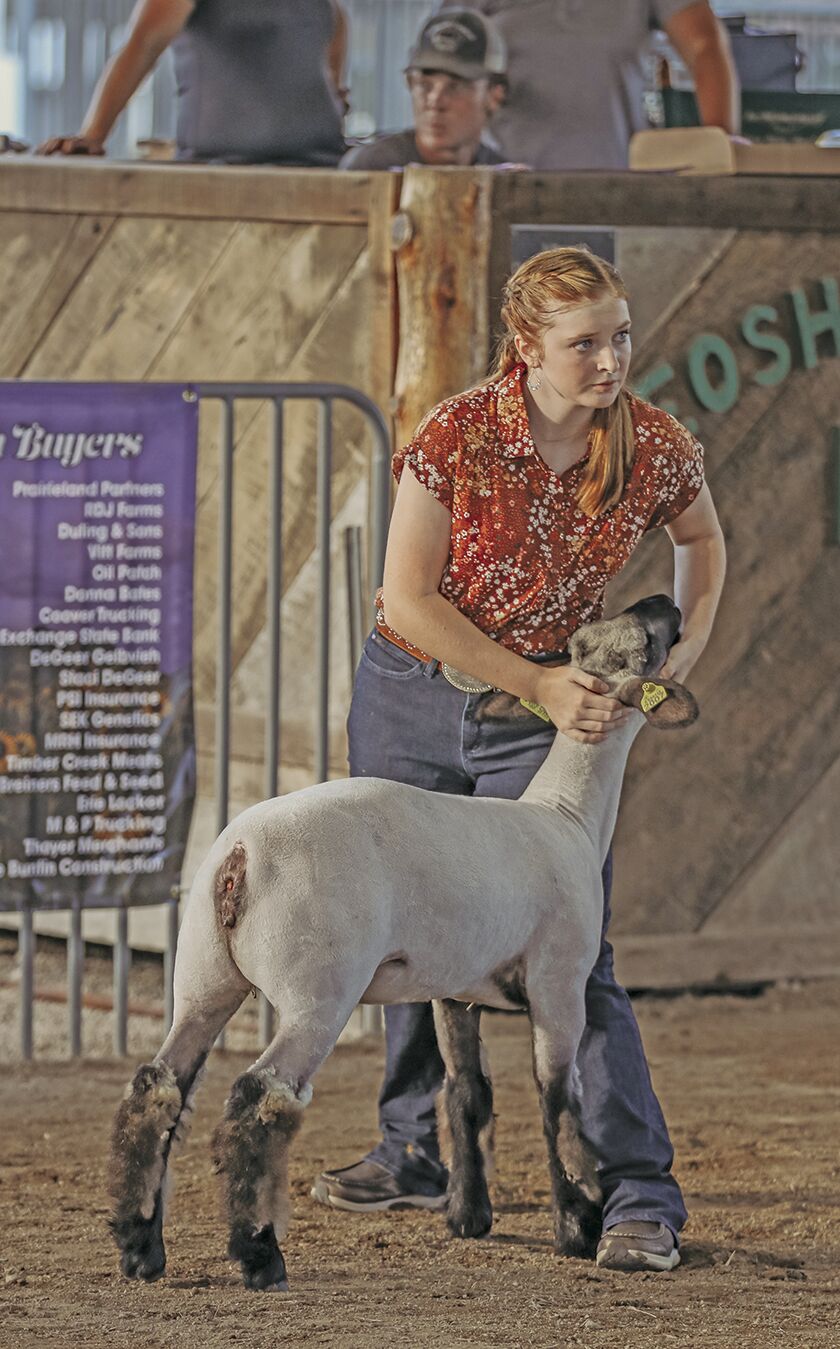 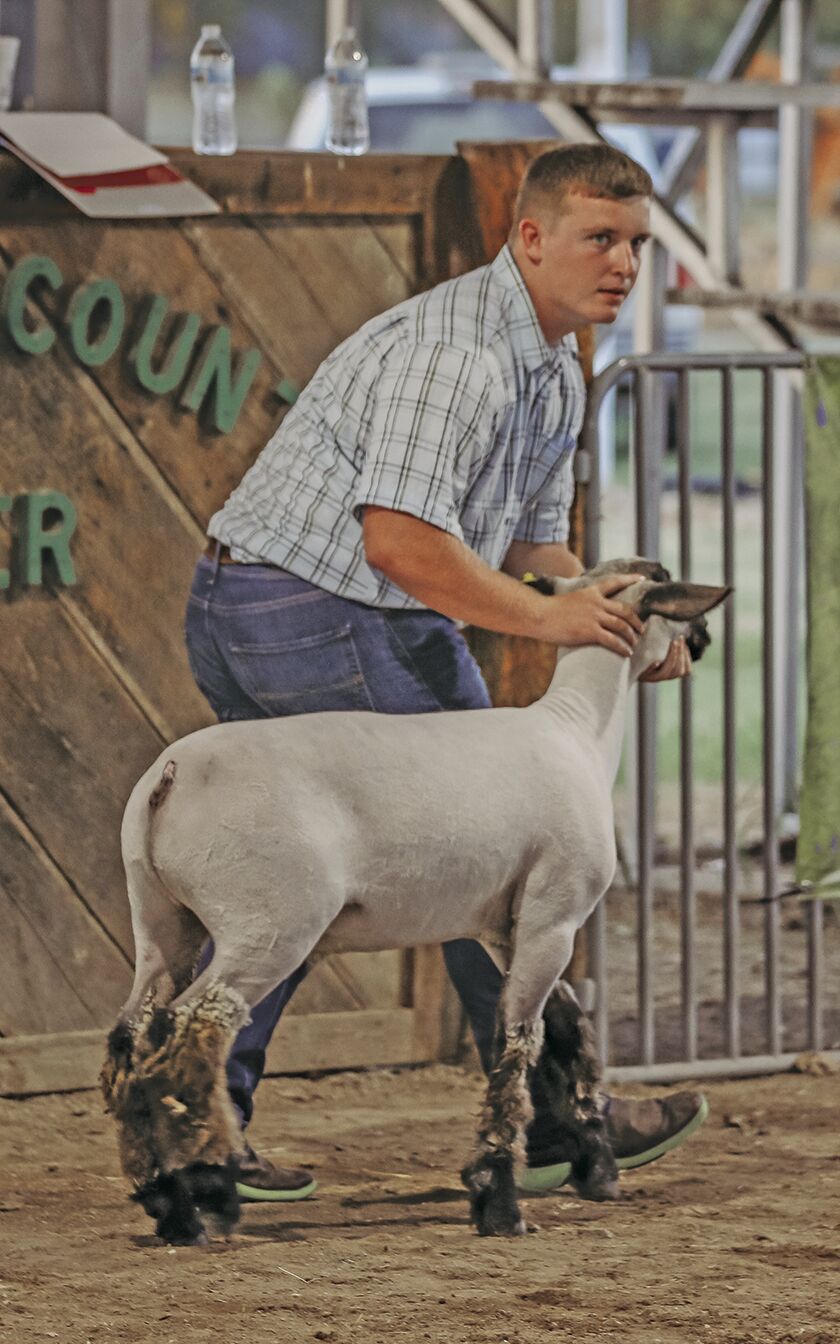 ERIE – Cousins Lawson Collins and Tessa and Garrin Golay, all of Chanute, have made showing livestock a family affair at the Neosho County Fair.

All three are longtime members of the Best Yet 4-H Club. Lawson and Garrin, both incoming seniors at Chanute High School, are 11th year 4-H members, while Tessa will be a freshman and is a seventh year member.

The three did extremely well in the first competition of the fair that they all compete in, the sheep show. Lawson received Grand Champion Breeding Ewe and Reserve Champion Market Lamb, Tessa received second blue in her showmanship class and market lamb class, and Garrin received first red in his market lamb class and a red in his showmanship class. In addition to the sheep project, all three are involved in the leadership project and Tessa and Lawson both show goats, in which they competed Friday night. Tessa also participated in the photography project and received Reserve Champion Overall photo despite this being her first year in the project.

While the three admit they don’t really have a rivalry in the ring, Lawson did with his sister Sage, who has aged out of the program and is now a junior at Kansas State University. Rather than the cousins seeing each other as competition, they rely on each other in and out of the show ring.

“He helps me all the time with just washing or if I need him to hold or watch an animal or anything. He’s always there, even if he’s in a tough time,” said Lawson about cousin Garrin.

In addition to the Neosho County Fair, the cousins also show livestock at the Kansas State Fair and the Kansas Junior Livestock Show, both held in Hutchinson.