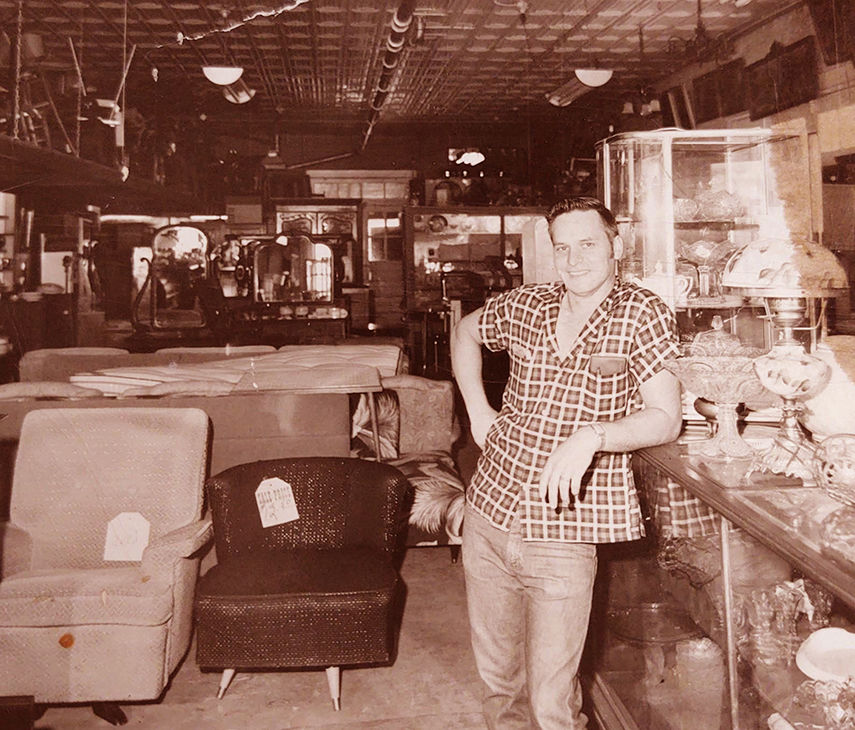 B.E. Bryant proudly stands in the cashier area at Bryant’s Furniture in the 1960s. The store has been a fixture in the community since 1958. 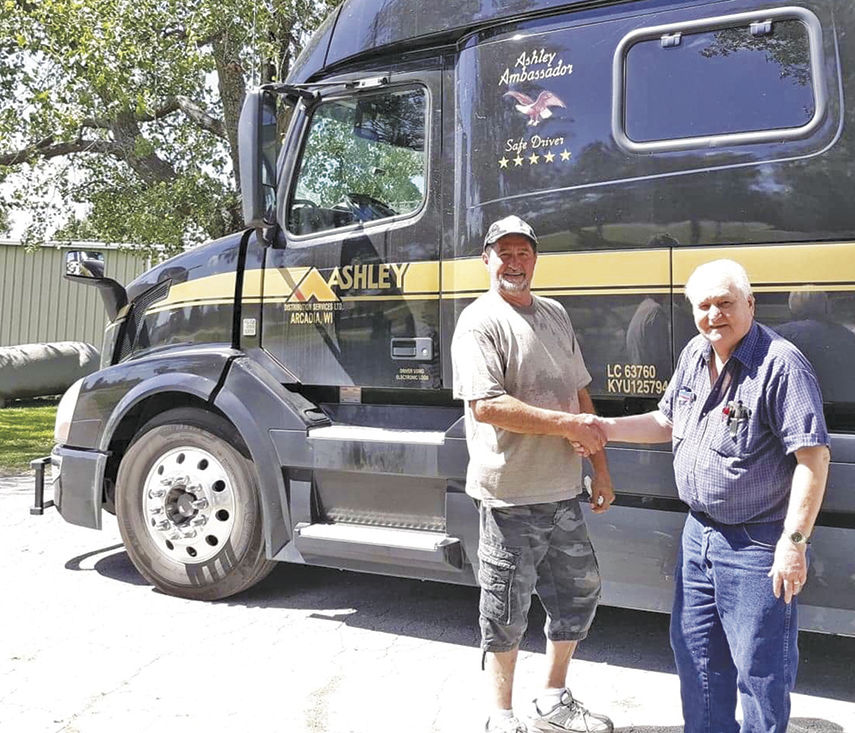 Bryant receives a delivery from Ashley earlier this year.

B.E. Bryant proudly stands in the cashier area at Bryant’s Furniture in the 1960s. The store has been a fixture in the community since 1958.

Bryant receives a delivery from Ashley earlier this year.

B.E. Bryant sits quietly in a recliner, reading a book as customers arrive at Bryant’s Furniture on a Monday afternoon. He is a business owner, a salesman, an antique dealer, and a storyteller.

The COVID-19 pandemic has made it difficult for the store to get in new products. Bryant said they only receive items from Ashley Furniture these days and as his wife, Verla,   says, delivery isn’t reliable with stores around the country being closed due to the outbreak.

“Just last week a truck came in and we got three sets of box springs and zero mattresses. A lot of good that did us,” Verla said, shaking her head.

B.E. will turn 90 on July 5 and the days of his store are numbered.

“I’d like to keep on doing it, you know, I don’t want to quit. But 90 seems like a pretty good time to get out of the business, if I am going to get out,” he said. “My dad died at 96 years old, had five bypass surgeries but that wasn’t even what killed him. Diabetes got him late in life. I had another brother die when he was 18 from Rheumatic fever and another brother die in Alaska at 58. All my cousins have died and I had a lot of cousins. It gets really sad when you get old.”

Life has been hit and miss for Bryant. He worked as a logger in California and Oregon, and he even got a driver’s license at the age of 15 to drive the logs to other cities.

“All the other guys were off at war. We needed to deliver wood to military bases and other places and my boss managed to talk them into giving me a driver’s license, telling them I was a great driver and all the other good workers had been sent to war,” Bryant said with a laugh. “Logging was a dangerous business. My father got me into buying antiques, and when my mother offered me a place to sell the antiques, I left the logging business. I can’t even tell you all the times I should have died while logging.”

So Bryant started his own business on Nov. 15, 1958. While he would soon get into the new furniture business, his favorite memories come from his days going to auctions, searching for deals.

“There was nothing like it. I was hooked early on. It was nothing for me to drive to one place for an early morning auction and to another place for one at night,” he recalled. “I was lucky to get six hours of sleep. I remember nights of having to hold my head out the window while driving just to stay awake. That was also very dangerous. I remember buying a round table with the huge claws on the bottom for $7.50. A guy passing through the next day asked me how much I wanted for it. I said ‘I want $89 for it,’ and he asked me to help him load it. I couldn’t believe it.

“Another time I bought a brass bed at an auction for $9. I bought it on a Friday and Sunday afternoon an antique dealer from Texas came through Chanute and saw it through the window. She called me up, because I wasn’t open on Sundays. She said how much? I said, ‘Well, $89.” She said, ‘Come help me load it up.’ She called me back on her way home and told me she was offered $300 for it before she made it out of the state. I asked her if she sold it and she told me ‘No, I plan on getting much more for it back home.’ Sometimes you just don’t know what you have and to think I only paid $9 for it.”

Life doing business in Chanute has served Bryant well. He said he was easily one of the top furniture dealers in the area, selling around $1.5 million of inventory annually during a stretch in the late 80s and early 90s. A divorce in 1993 forced Bryant to sell his entire inventory for the settlement, he sold $85,000 of inventory on the first day of the sale.

“There were people lined up all the way down the highway. I carried about $400,000 of inventory at any given time back then, but to sell that much in a single day was crazy,” he said.

The divorce forced Bryant to go back to his roots. Without his previous inventory, he went back to selling antiques and rented out 15 booths in a flea market that remains at the store today.

“The flea market helped me get back on my feet and slowly build up my inventory again,” he said. “When I got the inventory back, I bought out all the renters and kept the flea market here. There is a lot of good stuff back there. When it’s time to quit, it’s going to be hard because you basically just have to put a bunch of stuff in a box and sell it for $1.”

While Bryant doesn’t much want to get out of the business, Verla is pushing for his retirement.

He argues that the COVID-19 pandemic will prevent him from bringing in a large crowd to sell his inventory.

“Well, we will just wear masks,” she said. “I have two Bad Boys in this family. One is B.E. and the other is the brand of my mower.”

Verla  may be 86 years old, but she is very youthful for her age. She mows six acres throughout the week and still manages time to make her husband lunch and deliver the mail and perhaps read a book in her spare time. She also makes time to help customers.

She is ready for a break, urging B.E. to sell everything by the end of the year.