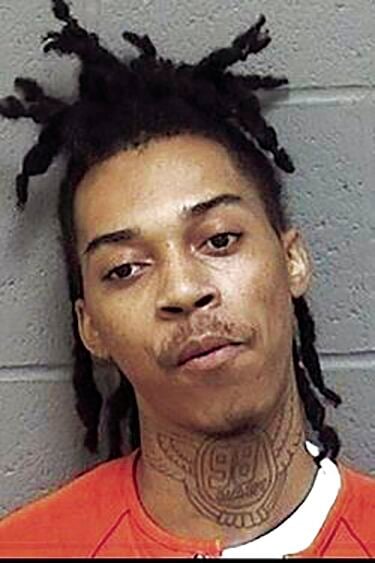 PITTSBURG — A former Parsons teenager was shot and killed in Pittsburg Saturday, Pittsburg police said in a prepared statement.

At 6:22 pm Saturday, Pittsburg police were called to 415 S. Broadway, Apt. 15, after receiving a report of a woman on the floor of an apartment. The caller reported finding the door to the apartment open and saw the woman on the floor. Emergency responders pronounced the woman dead at the scene. She was identified as Jase E. Delich, 18.

Early Sunday, Pittsburg police released more information in the case, including that Delich was shot by a handgun. A review of surveillance footage in the area and witness statements helped identify the alleged shooter as Bri’yon Ezra Baker, 23, of Mount Boswell, Tennessee. He was believed to be on foot.

At midnight Saturday, Pittsburg police found Baker walking in the area of 16th and Joplin streets. Baker was arrested and police found a handgun, a stolen Smith & Wesson 9 mm, in his possession,.

Police questioned Baker at the Pittsburg police station before he was booked in the Crawford County Jail in Girard on suspicion of second-degree murder. His bond was set at $1 million. He was formally charged Monday with second-degree murder, a level-one felony, and possession of stolen property, a lower-level felony. He remains in custody.

Delich is a Labette County High School graduate. She is the daughter of Melissa Delich of Parsons and the granddaughter of Linda Tiegreen of Chanute. She formerly lived in Parsons. She was operating a nail business in Pittsburg, Nails by Jase.

It is unknown how long Baker had been in Pittsburg. From 5:30 am Oct. 4 until 8:17 pm Oct. 11, he was in the Maury County Jail in Columbia, Tennessee. He was held for failure to appear on driving with a suspended license and simple drug possession and an older case on a probation revocation for simple possession, according to jail records. In Tennessee, someone paid his cash bond of $1,205 to allow his release.