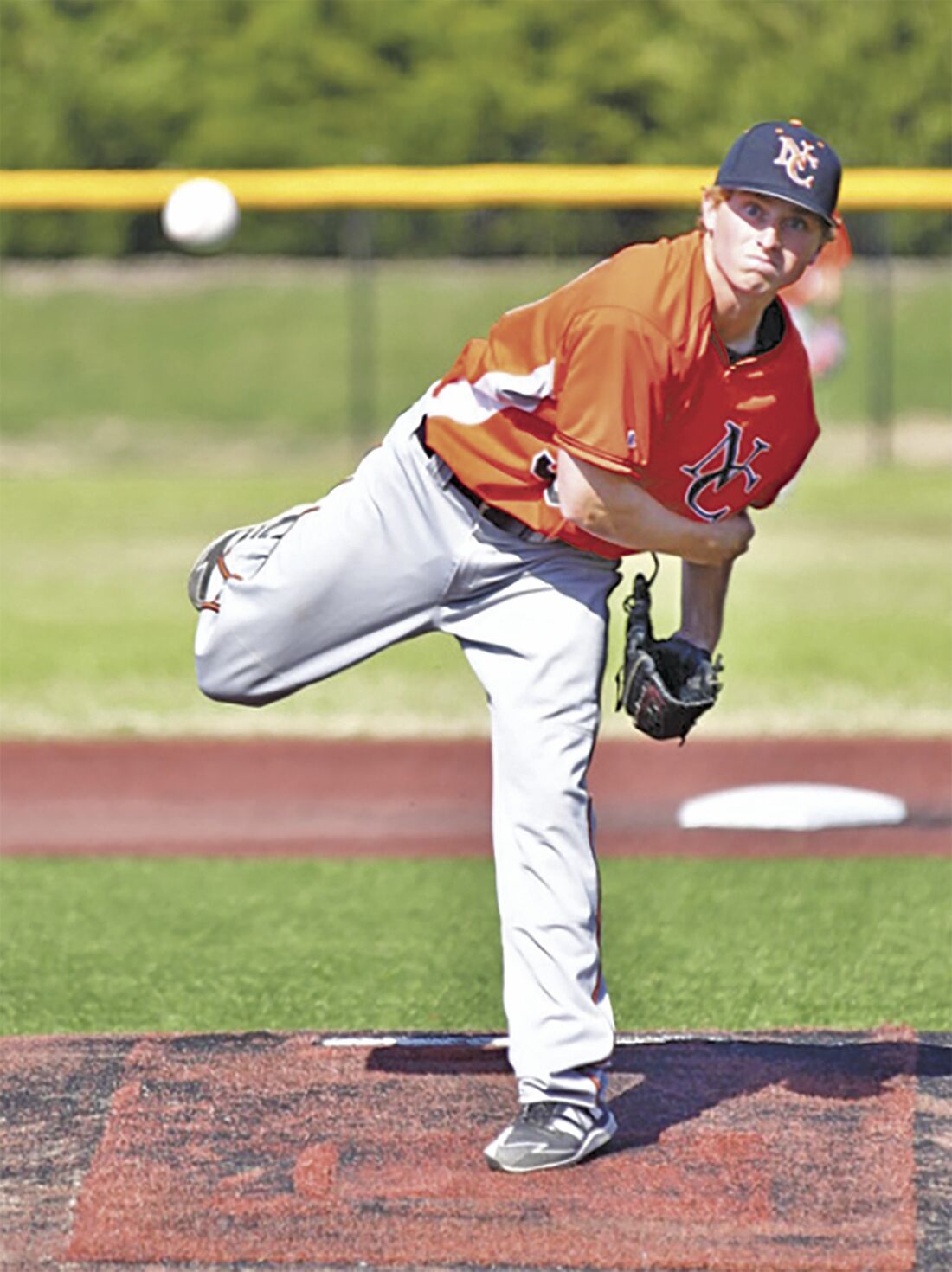 NCCC’s Drake LaRoche delivers from the mound at Hudson Field. 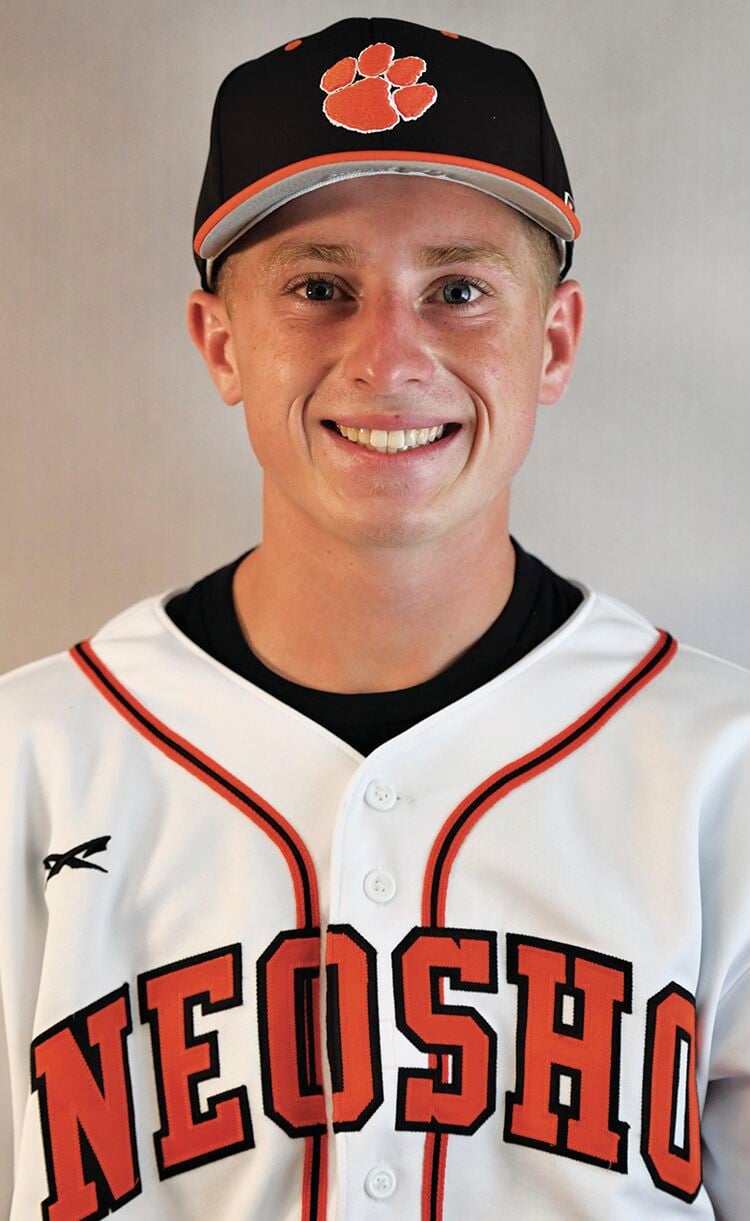 NCCC’s Drake LaRoche delivers from the mound at Hudson Field.

Drake LaRoche is a student of the game of baseball.

A freshman hurler for the Neosho County Community College Panthers, LaRoche reads as many books about pitching as he can get his hands on.

“I’m a big reader, so I kind of pair that up with the game of baseball,” LaRoche said, having most recently read “The Mental ABCs of Pitching.” “I enjoy reading pitching and history books about the game of baseball. It makes me feel like I’m getting a little better off the field.”

Because he relies heavily on his command and not his velocity, LaRoche said he was drawn to Greg Maddux. LaRoche studies YouTube videos of Maddux, a career 355-game winner known for his pinpoint control.

While he pitched during his little league days, LaRoche was primarily a second baseman until his sophomore season at Fort Scott High School in 2018. A broken left arm changed the trajectory of his career.

“I couldn’t hit or anything, but I could still put my glove over my cast,” he said. “Pitching was the only way I could help the team, so I thought I might as well get good at it. So I started looking into it, learning some things, and really started to put some work into it. And that’s when I fell in love with it, and started seeing success.”

“He’s such a smart baseball mind,” Regan said. “The last time I watched him pitch at Neosho, his change-up was fantastic. His adjustments are cerebral, because he knows what hitters are trying to do. He loves the chess match of pitcher on hitter.”

His father, former 12-year MLB veteran Adam LaRoche, said pitchers who don’t throw hard need to learn the nuances of pitching in order to get outs as they ascend to higher levels of the sport.

“They have to learn how to pitch to survive. To get outs, to win games, to even be in a rotation with a team,” said LaRoche, who clubbed 255 career home runs.

Like his son, the elder LaRoche was also a pitcher in high school and during his early college days at Fort Scott Community College. Prior to being drafted by the Atlanta Braves, where he made his debut in 2004, LaRoche played at Seminole (Okla.) Community College. There he was an All-America and named the MVP of the 2000 JuCo World Series.

“I was kind of opposite of Drake, where I threw party hard,” he said of his son’s pitching style. “And until you get into the higher levels, you can get away with that. So I didn’t truly have to learn how to pitch (early in my career). So, Drake has always had to figure out how to navigate a lineup and know that he can’t blow it by anybody. So, that turned into learning and experimenting with a lot of different pitches.”

Drake’s arsenal includes two-seam and four-seam fastballs, a change-up and curveball. But it’s his sinker and cutter that he considers his bread and butter pitches.

Adam, a Gold Glove and Silver Slugger award winner (voted top hitting player at his position), often had discussions with Drake on the topic of baseball.

“We would have hitting conversations, but it would quickly go to the pitching side of it,” he said. “And my (MLB) teammates, the majority of the time Drake was hanging with pitchers.”

“Because starting pitchers do absolutely nothing except golf for four days and pitch on the fifth day,” Adam said with a wry smile. “I think he was attracted to that.”

From a father’s perspective, Adam said he doesn’t mind when Drake struggles.

“It’s a real struggle when nothing is working,” LaRoche said. “Because I remember as a player going through that. It’s a really good character-builder because it’s such a game of failure. If you let that last home run you gave up, that last walk, creep into the next pitch, it just snowballs. And I think Drake is getting a lot better at navigating that.”

Despite his superb MLB career, LaRoche said he never had any expectations that Drake would follow in his footsteps.

“I never wanted him to think that he needed to follow and do what I did,” he said. “I’m way more proud of his character and the dude that he is, as opposed to his stats or a scholarship.”

Regan said Drake was the heart and soul of the team while at Fort Scott.

“He wasn’t the best player, but he was the guy that everybody just loved,” Regan said. “He set the tone. And when it was time to work, he was going to work as hard as anybody else. He was the connector that just brought everybody together and made it fun for guys. I think that came from Drake watching his dad’s leadership style and being in so many (MLB) clubhouses. And he’s just such a great kid, he’s special.”