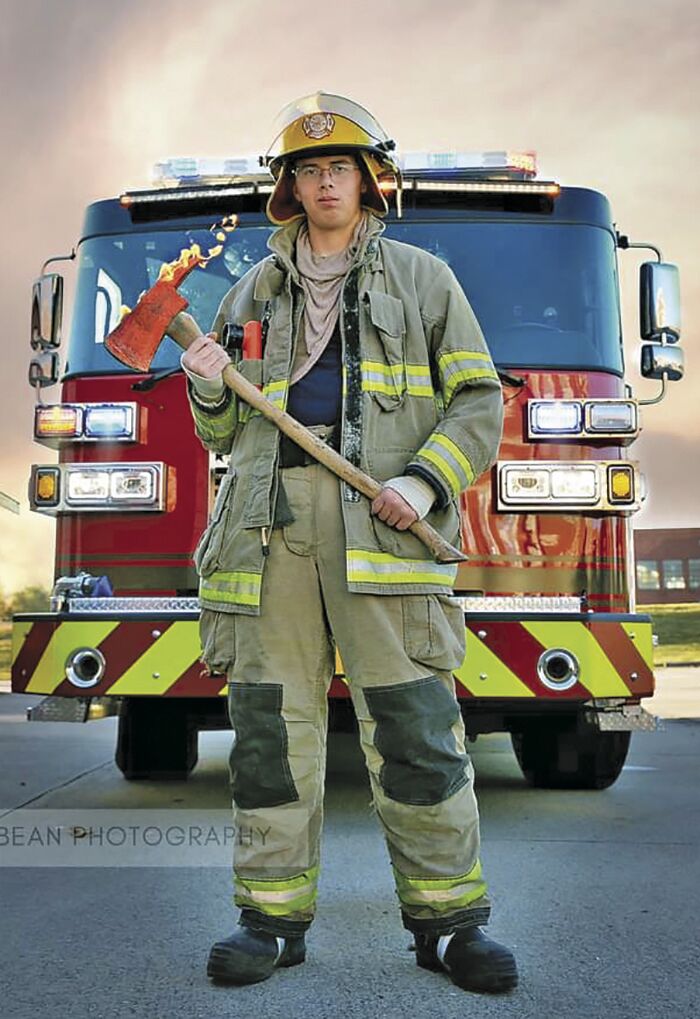 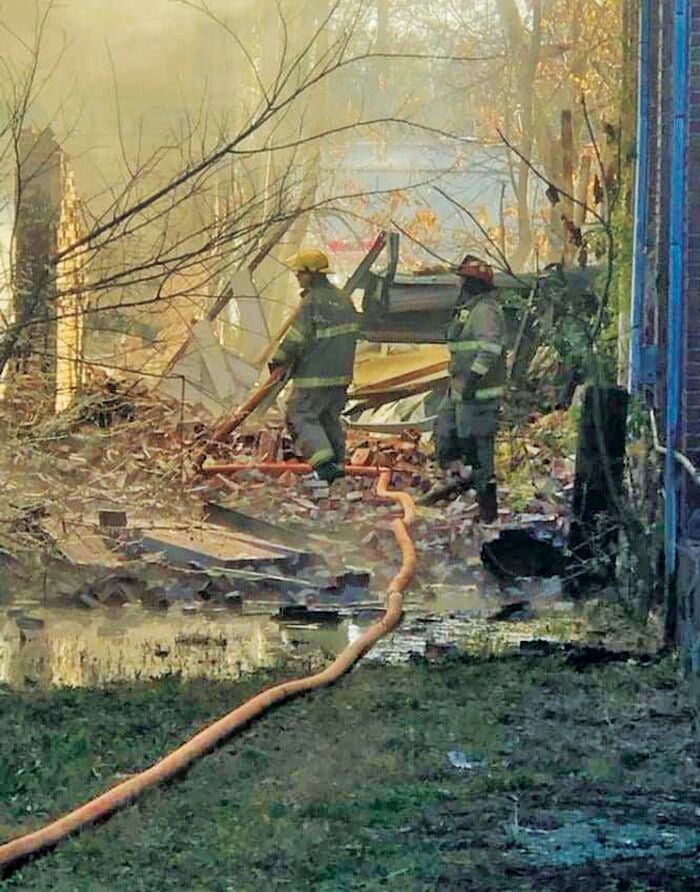 During Friday’s major structure fire at Third and Forest, one of the firefighters contributing to the effort was a rookie, but that certainly won’t be his last fire.

Chanute High School senior Dylan Lowry is serving as an intern with the Chanute Fire Department and helped handle the hoses during Friday’s fire at a commercial building.

“It went fantastic,” Lowry said, noting that he learned techniques on coupling and the use of a 2 1/2-inch attack line.

Lowry started as an intern in September and will continue until December. Chanute High does not offer a firefighter career pathway, so he is taking courses through the fire department and on his own, but the school helped him set those up.

Lowry’s duties include testing hose and tr aining with the other firefighters.

“I’m basically a fireman,” he said. Although he did not take the physical test firefighters usually take, he said he is learning what the job is like.

He will not be able to test until he turns 18.

He plans to enroll at Hutchinson Community College and will study by distance learning until he graduates CHS. Then he plans to move to Hutchinson.

ICU nurse: Reach out to the frontline workers in your life

Chanute Fire Chief Kevin Jones said Lowry definitely shows a lot of potential and seems to be driven, as Lowry works every afternoon.

Lowry said he always wanted to be a firefighter since he was a child. His father, Dale, has been with the CFD since 1996 and his grandfather, Wayne Lowry, was fire chief in Hillsboro.

“Firefighting’s the greatest job in the world,” Lowry said. He wants to try to join the Manhattan or Oklahoma City fire departments.

Jones said the CFD has had the intern program for nearly 10 years and it has had huge benefits for the department as well as the students. One former participant is now a full-time firefighter for Chanute.

Lowry also took part in the Sept. 11 stair climb to remember the firefighters killed in the collapse of the World Trade Center towers in the 2001 attack. The goal is to climb the equivalent of the 110 stories of the towers.

“They couldn’t finish the climb,” Lowry said. “We’re going to go and finish it for them.”

Lowry said he was not yet born when the towers were attacked, but he thinks about those people who left home in the morning of Sept. 11, 2001, and never returned.