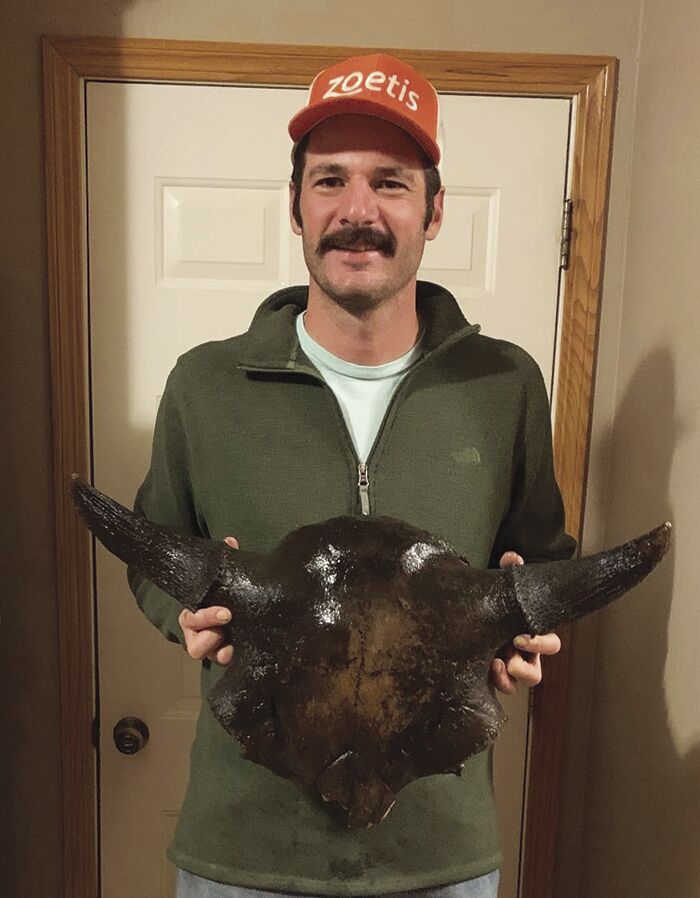 Clem Neely, at left, a Neosho County native, displays a skull with horns he found along the banks of the Neosho River. 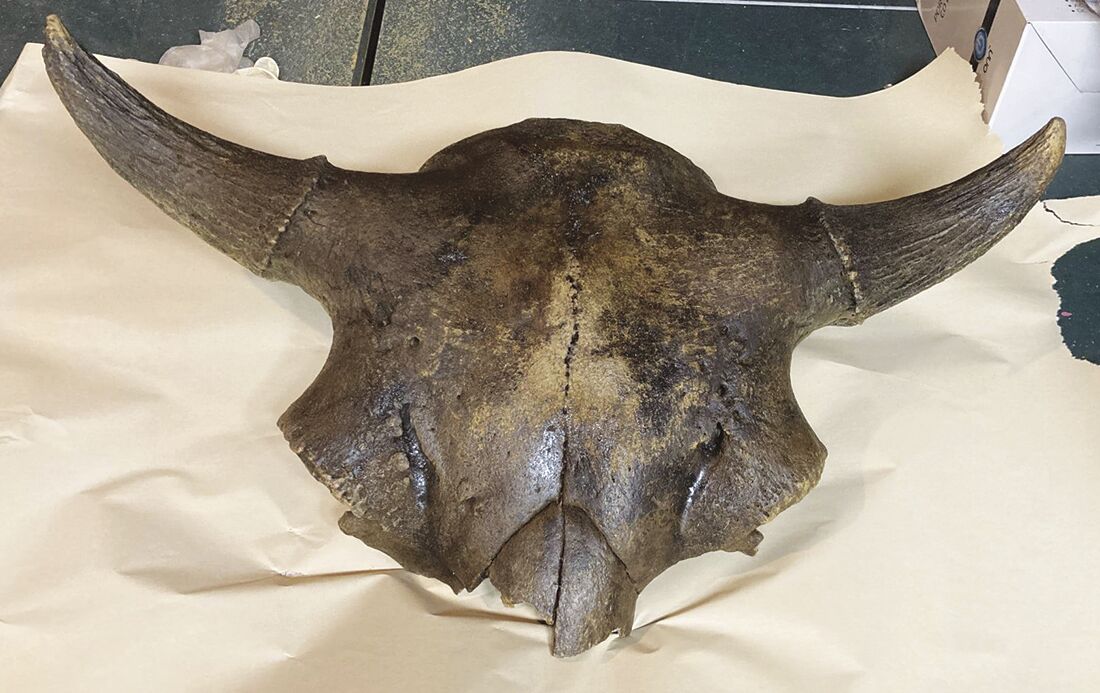 Clem Neely, at left, a Neosho County native, displays a skull with horns he found along the banks of the Neosho River.

A couple Sundays ago, Clem Neely was disgustedly picking up beer cans strewn along the Neosho River bank.

“They must have thrown two 30-packs off the bridge,” Neely said.

He is protective of this area below the river bridge on Harper Road southeast of Chanute, his old stomping grounds just north of his parents’ homestead. He now lives in Paola with his wife and works in Galesburg.

“As little kids my cousins went to the river, pretending we were finding fossils,” he recalled.

That day, he did have a find.

“It was laying on the bank, upside down.”

Republican: People have called me 'traitor' for calling election fair

Smerconish: Amazon was primed for a pandemic

Neely had discovered a skull with horns.

“I’m a vet and I was pretty sure it was not a cattle skull, maybe a buffalo or bison,” he said.

He said he was thinking, “How long ago has this been there? I know we don’t have any cattle with horns.”

After doing some research, Neely opted to do the half glue/half water method on the skull because the nasal area was really fragile.

He got in touch with a professor at the University of Kansas who said it would be difficult to age the skull, but believed it was a female bison that could range from 225-5000 years old, although at least one expert believed it was a male.

“With the Neosho River being so silty, the perforation of silt into the bone is what makes it difficult to age,” Neely said about information from the anthropology department at KU.

He said bison were last in the east part of the state in the 1790s.

“It’s been exciting talking to people about it,” Neely said.