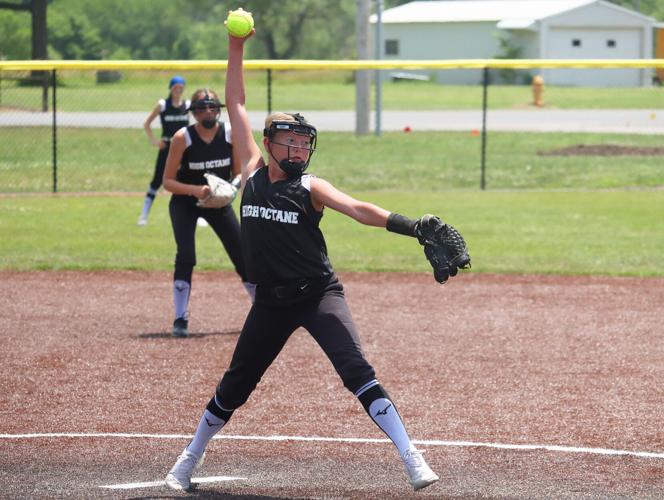 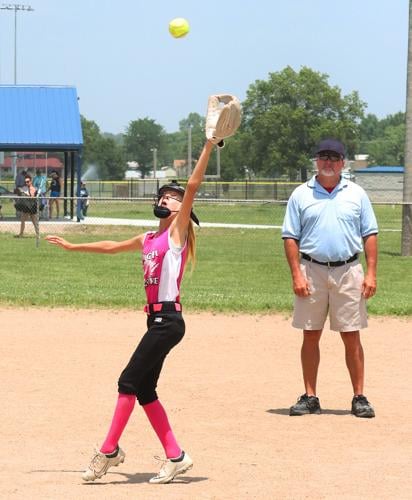 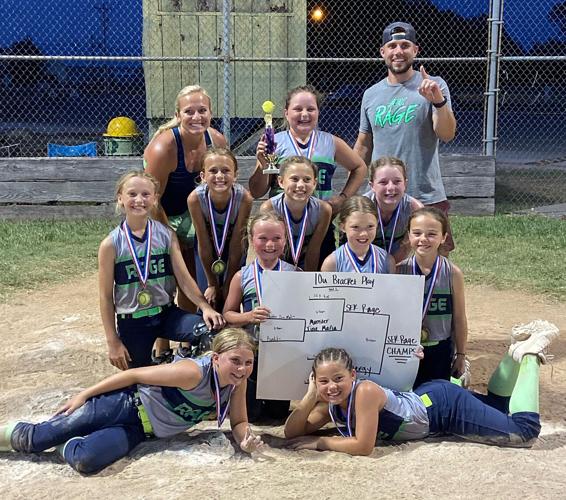 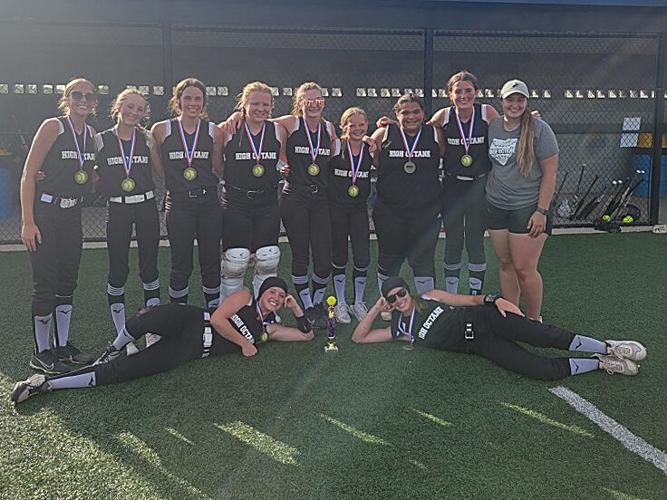 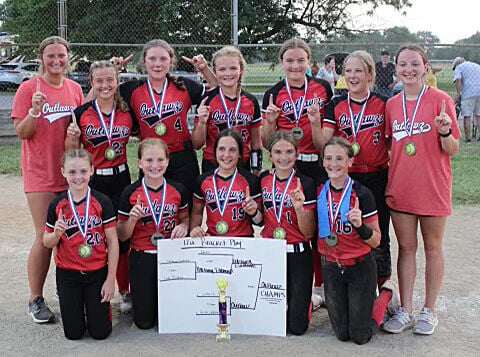 Teams from around the area converged on the Santa Fe Sports Complex on Saturday for the 5th Annual Don Everly Benefit Youth Softball Tournament. The tournament boasted 15 teams across three age divisions.

The SEK Rage took down the 10-and-under bracket, the 12-and-under champions were the Outlawz and Chanute High Octane brought home the 14-and-under title.

When long-standing softball coach Don Everly was diagnosed with pancreatic cancer in 2018, a pair of Chanute residents stepped up to host a benefit tournament. Jessica Dean and Taylor Braman raised over $3,000 dollars in the tournament’s first running to help offset Everly’s medical expenses. Prior to bracket play in the inaugural tournament, play stopped at noon to allow Everly to walk the bases with players.

“When Jessica asked me to do this, I obviously was all game for it. He impacted a lot of people's lives. Not just girls around the Chanute area, but all over the SEK,” Braman said. “We thought, what better way to support and remember him by hosting the game that he loved every year?”

Along with the three divisions played on Saturday, the Don Everly tournament has also played host to a 16-and-under bracket in the past, bringing in an average of 13-15 traveling teams per year. The tournament was separated into pool and bracket play, with each team guaranteed at least three games.

The tournament has been fairly successful in its short stint, pulling back teams like the Topeka Synergy multiple years in a row.

“I’m really happy we were able to come back this year because we really enjoy this tournament,” Topeka Synergy head coach Misty Burgen said. “The families here in Chanute have welcomed us like we’re family and we love that.”

With the ongoing development of the Santa Fe Sports Complex that will see the addition of another turf-infield softball field and updates to two other fields this summer, teams like Burgen’s have even more reason for an annual trip to the lakeside complex.

“We actually plan our whole season around ending the summer here with our girls, and it’s a great benefit,” Burgen said. “We hope to be invited back every year.”

Teams like the Synergy have also started to travel to Chanute the night before and stay overnight in hotels to swim and enjoy a longer weekend in Chanute.

A look at how the Big Ten has changed since its birth, including the addition of Penn State in 1990

From Fenway to Lambeau: The oldest sports venue in each state with major league teams

“There was one time when an ice storm came through on the day Don was supposed to hold a clinic,” Dean said. “He told us, ‘If you can make it, I’ll be there.’ He was there literally rain or shine.”

Since Everly passed away shortly after the 2018 tournament, the money raised by the tournament has been used for equipment for the Chanute High School softball team, as well as offsetting increased tournament costs for local traveling teams incurred during the COVID-19 pandemic. Although there has not been a chance in the past few years, the money raised is also earmarked for scholarships for CHS players going on to play collegiate softball.

“The main goal (of the tournament) is just supporting the local youth,” Dean said.

Players and parents have since looked to High Octane coach Roy McCoy to fill the hole left by Everly’s passing.

“Roy got High Octane going, and he has definitely contributed to bettering our softball program,” Braman said.

“I’ve kind’ve attributed all of what I’ve done to Don Everly,” McCoy said during one of the many pitching and hitting clinics he hosts. “When we had that first tournament for him, that was one of the last things he told me, just take them as far as they can go.”

Dean and Braman hope to host the annual tournament as long as possible. With the City of Chanute putting major work into facilities and players and parents showing more and more passion for the sport, a 2023 Don Everly Benefit tournament is not much of a stretch.

“Softball was such a huge part of (Don’s) life. He’s met so many, taught so many, so we just want to keep that legacy going,” Braman said. “We want the girls to fall in love with the game, so why not have fun here in Chanute?”