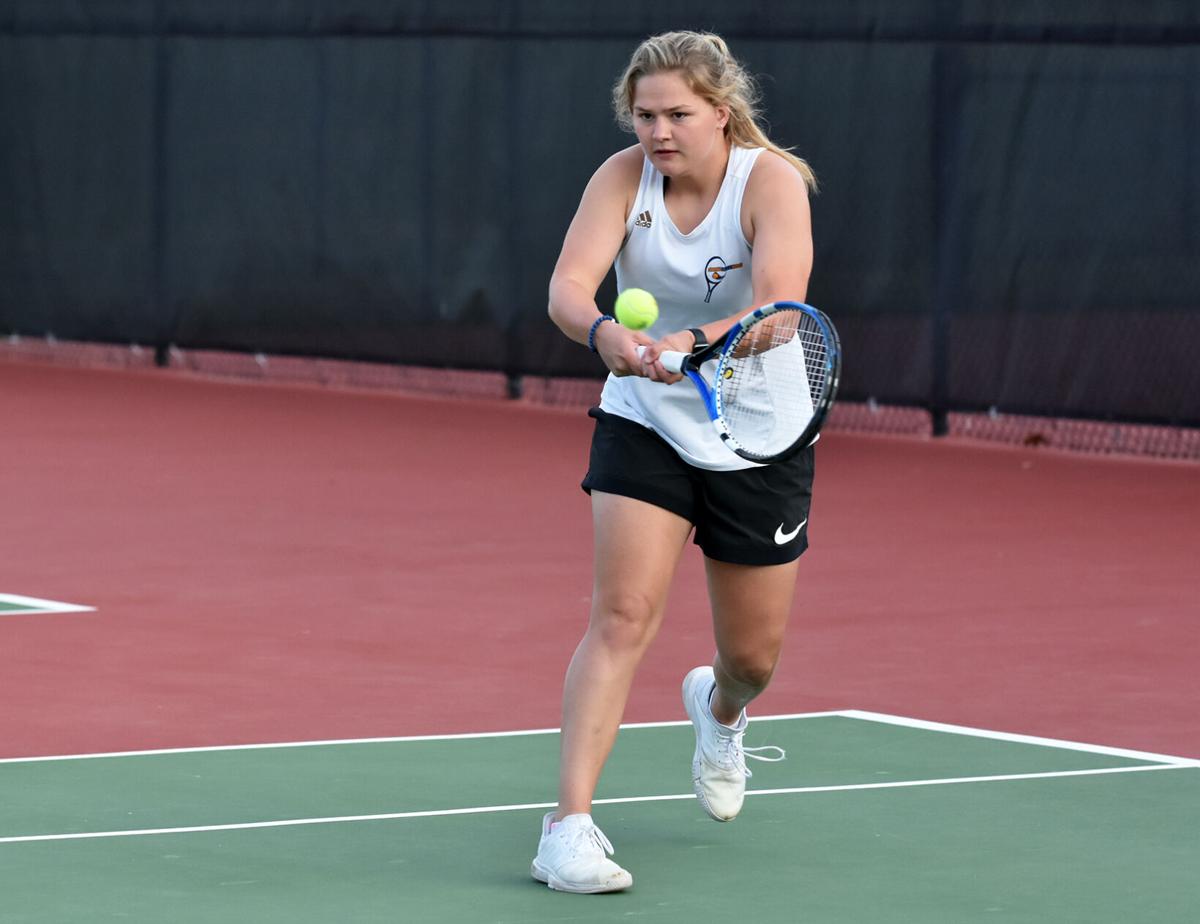 Kori Babcock of the Chanute girls tennis team returns a volley during the KSHSAA 4A State Tournament in Topeka on Friday afternoon. 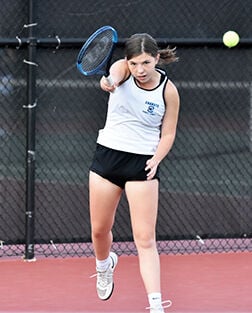 Aimee Maxton of the Chanute girls tennis team hits a forehand during Friday’s KSHSAA 4A State Tournament in Topeka.

Kori Babcock of the Chanute girls tennis team returns a volley during the KSHSAA 4A State Tournament in Topeka on Friday afternoon.

Aimee Maxton of the Chanute girls tennis team hits a forehand during Friday’s KSHSAA 4A State Tournament in Topeka.

TOPEKA – Chanute’s two State-qualifying singles tennis players, Kori Babcock and Aimee Maxton, were both eliminated from the KSHSAA 4A tournament in Topeka after two losses in as many matches on Friday.

Babcock, a senior, opened the day with a 6-3, 6-0 loss to Emma Mantovani of Collegiate in the first round.

“She was such a good player and I knew Kori would have a difficult time,” Chanute head coach Mike De La Torre said. “I’m still happy with the way she played. She just came up against a very good player in that first match that was very aggressive.”

Babcock’s final match was a loss to Buhler’s Kacy Lehl by a score of 9-5.

“It was a tighter match,” De La Torre said. “That girl was very steady, very consistent and made very few errors. Kori had some trouble with her forehand. But she served well and her backhand was really good.”

Babcock finishes her senior tennis campaign with a second-place finish at SEK League and a third place finish at regionals to go along with the berth to state.

Future Husker with Seth Malcom: Eight-man star does it all for Fremont-Mills

As for Maxton, Trinity’s Isabella Sebits, the top overall seed, knocked her off in the first round 6-0, 6-0. Maxton’s tournament stay ended with a loss in the backside of the bracket to Bishop Miege’s Mariel Allen by a score of 9-4.

“I’m proud of Aimee making it to State as a junior,” De La Torre said. “Today, she had to play the No. 1 overall seed and that was tough. She competed well and never lost her cool. You either win or learn, and she learned a lot today.”

With Maxton being a junior, her sights are set on returning to State and making a deeper run next fall.

“Her serve has really improved,” De La Torre said. “She wants to keep working on it. We need to get a better second serve. What I really like are her ground strokes. She’s about the same on her backhand and forehand. She keeps getting better and better.

“Now the season’s over and I hate to see it stop. I’m really proud of all the girls.”